The Rise of the Robots: Job Makers or Takers?

It’s not the lion you see that will kill you. It’s the one you don’t see.

It’s the same with robots. It won’t be the ones with a human-like face and body as portrayed in old sci-fi movies that take your job. It will be the ones buried in small devices and instruments that take the jobs of cashiers, paralegals, loan officers, telemarketers, truck drivers, tax preparers — even sports referees.

As experts have noted, a large fraction of American workers have jobs that are routine, repetitive and predictable. Many people face the same types of challenge again and again at work, and most of their actions and decisions can be predicted based on what they have done in the past.

They are bringing a technological revolution entirely different from the industrial revolution that basically ended life on the farm and spawned work in the city in the 19th Century. In that one, technology brought more jobs than it replaced.

This 21st Century revolution looks different so far, with technology threatening to take away more jobs than it is replacing. And the pace of change is exponentially faster and far wider in scope.

As Stanford University academic Jerry Kaplan writes in his book Humans Need Not Apply: today automation is “blind to the color of your collar.” It doesn’t matter whether you’re a factory worker, a financial advisor or a professional flute-player: automation is coming for you.

Recent advances in robotics, artificial intelligence – and, especially, machine learning – suggest that much of this predictable work will be susceptible to automation over the next decade or two. In fact, a recent McKinsey & Co. study found that about 30% of tasks in 60% of occupations can now be computerized – including an estimated 3.5 million truck drivers and 180,000 taxi drivers.

I’m not arguing that all jobs will be automated or that individuals with exceptional talent or creativity will be threatened in the near future. However, for average workers engaged in more routine, predictable occupations, the impact could be quite dramatic.

That is one reason the proposed Wisconsin Foxconn plant making liquid crystal screens concerns me. It’s hard for me to think one can predict 13,000 jobs can be created in this day and age, in that type of industry, with the speed and sophistication of emerging robotics — especially for a plant not opening until 2020. And especially since the Taiwan company just laid off 40,000 workers due to adding robots.

And while it’s easy to identify the jobs that advancing technology will eliminate next, it is impossible to imagine the new jobs that technology will create. Who could have seen that the arrival of the Internet would have created jobs for mobile app developers, social media managers, search engine optimizers and countless others?

What are the future skills needed to keep a job and make a decent income? Some experts think that skills of deep human interaction will become far more valuable and many people will be able to prosper by bringing those skills into the evolving economy.

Take bank tellers for example. One economist noted that the job of routine cash-handling tasks have been taken over by ATMs and other machines. But tellers now have moved to “relationship banking… forging relationships with customers and introducing them to additional bank services.”

Their work has been entirely transformed from being human machines behind a counter to sitting at desks building relationships. The required skills — those of human interaction — are completely different, and are increasingly the high-value skills that will separate the economy’s winners and losers.

What happens to the losers in this future automation nation? I take that up next week with some thoughts on a universal basic income. Stay tuned… and thanks for reading.

About the Digital Transformation Series:

Over the next few months Applied Tech President and CEO Kurt Sippel will be exploring “Digital Transformation” in a series of articles with the hope to inform, educate, and discuss its many different facets. Digital transformation is the profound and accelerating transformation of business activities, processes, competencies and models to fully leverage the changes and opportunities of digital technologies and their impact across society in a strategic and prioritized way, with present and future shifts in mind. Kurt will explain how this effects your business, how to best prepare and how to leverage the technology to get the upper hand on your competition. 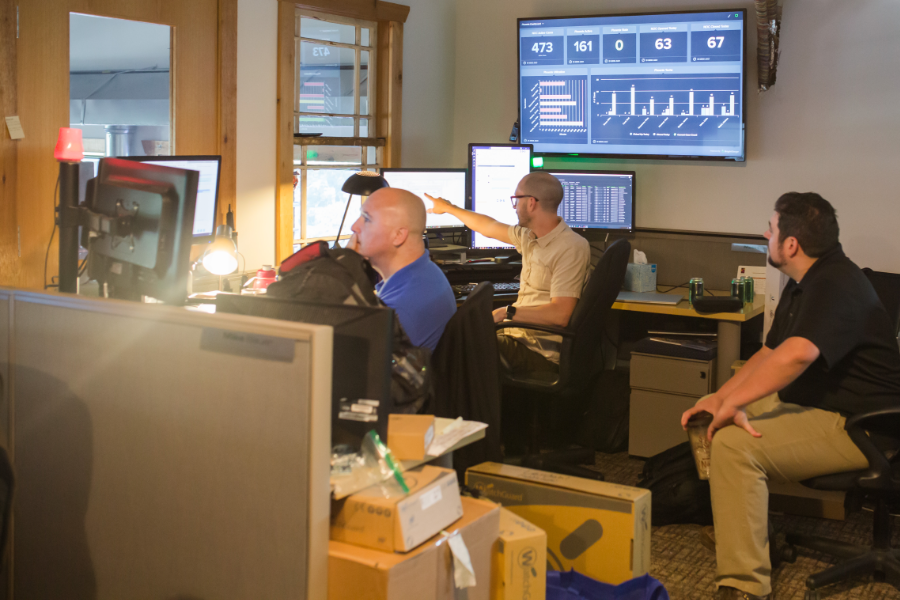